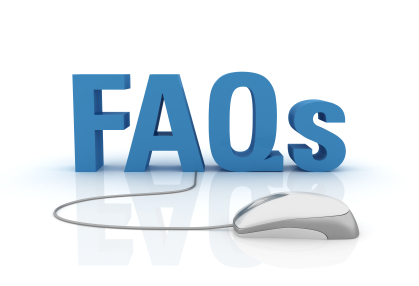 1. File any Will and Petition the Court for Appointment of Personal Representative (the “PR”). 2. Send Notice of Appointment of PR to Beneficiaries, Heirs, and Other Interested Parties. 3. Collect & Manage (& possibly Sell) Property 4. Pay Debts. 5. Determine & Settle Any Taxes Due. 6. Distribute Remaining Assets. 7. Close the Estate

What does “probate” mean?

Probate means “to prove,” from the Latin verb “probare.”

What is being proved by probat?

The Will of someone (the “Decedent”) who has died leaving a valid Will (ie, died “testate”). Specifically, what is being proved is that:

For what purpose is the Will being proved?

What is being proved to the Court is that the Personal Representative (in other states, called the “Executor” (male) or “Executrix” (female)) that Decedent nominated in the Will can be appointed by the Court and authorized to carry out Decedent’s desires, as expressed in the provisions of his/her Will:

In summary: To ensure that Decedent’s bills are paid and Decedent’s property is accounted for, transferred to, and retitled in the names of Decedent’s Beneficiaries.

What happens if somebody dies without a valid Will?

Without a Will to prove or a named Personal Representative to appoint, the Court turns not to the terms of a Will but, instead, to State law and:

Distributes Decedent’s property in shares to a prioritized list of recipients, the “Heirs” or “Heirs-at-Law”, provided by law, who “take by inheritance” or “take by intestate succession.”

What are the practical differences betwen “testate” and “intestate”?

What happens if Decedent has a valid Will but none of those named is able or willing to server as Personal Representative?

And to complete the picture: What happens if Decedent has a valid Will, naming a Personal Representative who is able and willing to serve, but all Decedent’s Beneficiaries predecease the Decedent?

A Petition for Probate of Will & Letters Testamentary is filed, and an Executor(trix) is appointed:

The Distributees will be Decedent’s Heirs, who take according to State statute.

What are “Letters” and how are they obtained?

Letters are the document issued by the Court, evidencing its appointment of the Personal Representative:

Letters are obtained by filing a Petition with the Court and having the Court open a probate for the Decedent, ie:

Are all assets subject to probate?

The only assets that are subject to probate (Decedent’s “probate assets”) are those held in Decedent’s name without designated beneficiaries (other than his/her estate) on death.

How long does probate take?

That depends on whether the Personal Representative wants to take advantage of the Washington statutory Creditor’s Claim law. If its benefits are desired, the earliest a probate could close would be under these circumstances:

That’s 4 1/2 months. Typically 6 months or less is quick, 6-9 months is more usual, and 9-12 months is common where you have a more relaxed PR, a more complex or problematical estate, or if an estate tax return is due (eg, why pay a tax before it is due?).

If the benefits of the Washington statutory Creditor’s Claim law are not desired, a probate could open and close in the same day.

How much does probate cost?

Each state has its own separate and unique probate laws that govern statutory costs.

What are its advantages?

All of the foregoing disadvantages of probate (and more) may be remedied through the use of a revocable living trust as the vehicle for one’s estate plans.

What is a Trust?

A trust is traditionally used for minimizing estate taxes and can offer other benefits as part of a well-crafted estate plan.

A trust is a fiduciary arrangement that allows a third party, or trustee, to hold assets on behalf of a beneficiary or beneficiaries. Trusts can be arranged in many ways and can specify exactly how and when the assets pass to the beneficiaries.

Since trusts usually avoid probate, your beneficiaries may gain access to these assets more quickly than they might to assets that are transferred using a will. Additionally, if it is an irrevocable trust, it may not be considered part of the taxable estate, so fewer taxes may be due upon your death.

Assets in a trust may also be able to pass outside of probate, saving time, court fees, and potentially reducing estate taxes as well.

Other benefits of trusts include:

Bypass or “B” trust
Also known as credit shelter trust, established to bypass the surviving spouse’s estate in order to make full use of any federal estate tax exemption for each spouse

Qualified Terminable Interest Property (QTIP) trust
Used to provide income for a surviving spouse. Upon the spouse’s death, the assets then go to additional beneficiaries named by the deceased. Often used in second marriage situations, as well as to maximize estate and generation-skipping tax or estate tax planning flexibility

Grantor Retained Annuity Trust (GRAT)
Irrevocable trust funded by gifts by its grantor; designed to shift future appreciation on quickly appreciating assets to the next generation during the grantor’s lifetime

There are many types of trusts; a major distinction between them is whether they are revocable or irrevocable.

Revocable trust:
Also known as a living trust, a revocable trust can help assets pass outside of probate, yet allows you to retain control of the assets during your (the grantor’s) lifetime. It is flexible and can be dissolved at any time, should your circumstances or intentions change. A revocable trust typically becomes irrevocable upon the death of the grantor.
You can name yourself trustee (or co-trustee) and retain ownership and control over the trust, its terms and assets during your lifetime, but make provisions for a successor trustee to manage them in the event of your incapacity or death.

Although a revocable trust may help avoid probate, it is usually still subject to estate taxes. It also means that during your lifetime, it is treated like any other asset you own.

Irrevocable trust:
An irrevocable trust typically transfers your assets out of your (the grantor’s) estate and potentially out of the reach of estate taxes and probate, but cannot be altered by the grantor after it has been executed. Therefore, once you establish the trust, you will lose control over the assets and you cannot change any terms or decide to dissolve the trust.

An irrevocable trust is generally preferred over a revocable trust if your primary aim is to reduce the amount subject to estate taxes by effectively removing the trust assets from your estate. Also, since the assets have been transferred to the trust, you are relieved of the tax liability on the income generated by the trust assets (although distributions will typically have income tax consequences). It may also be protected in the event of a legal judgment against you.

Deciding on a trust
State laws vary significantly in the area of trusts and should be considered before making any decisions about a trust. Consult your attorney for details.